ONE OF SOUTHERN COLORADO’S TRUE GEMS

Step back in time and imagine Trinidad in the late 1800s. This was a major center of commerce with a thriving economy driven by the coal industry. Today, Trinidad is home to 10,000 people and is in an exciting process of reinvention and revitalization. We pride ourselves on our rich history and are working to restore our historic buildings. Come visit our historic downtown. The detail that may be observed in our historic downtown is like no other in the state. Look up to find intricate engravings, columnades, sculptures, and detailing with Italianate stonework facades that give the city an almost European look and provide a rich backdrop for present-day Trinidad. 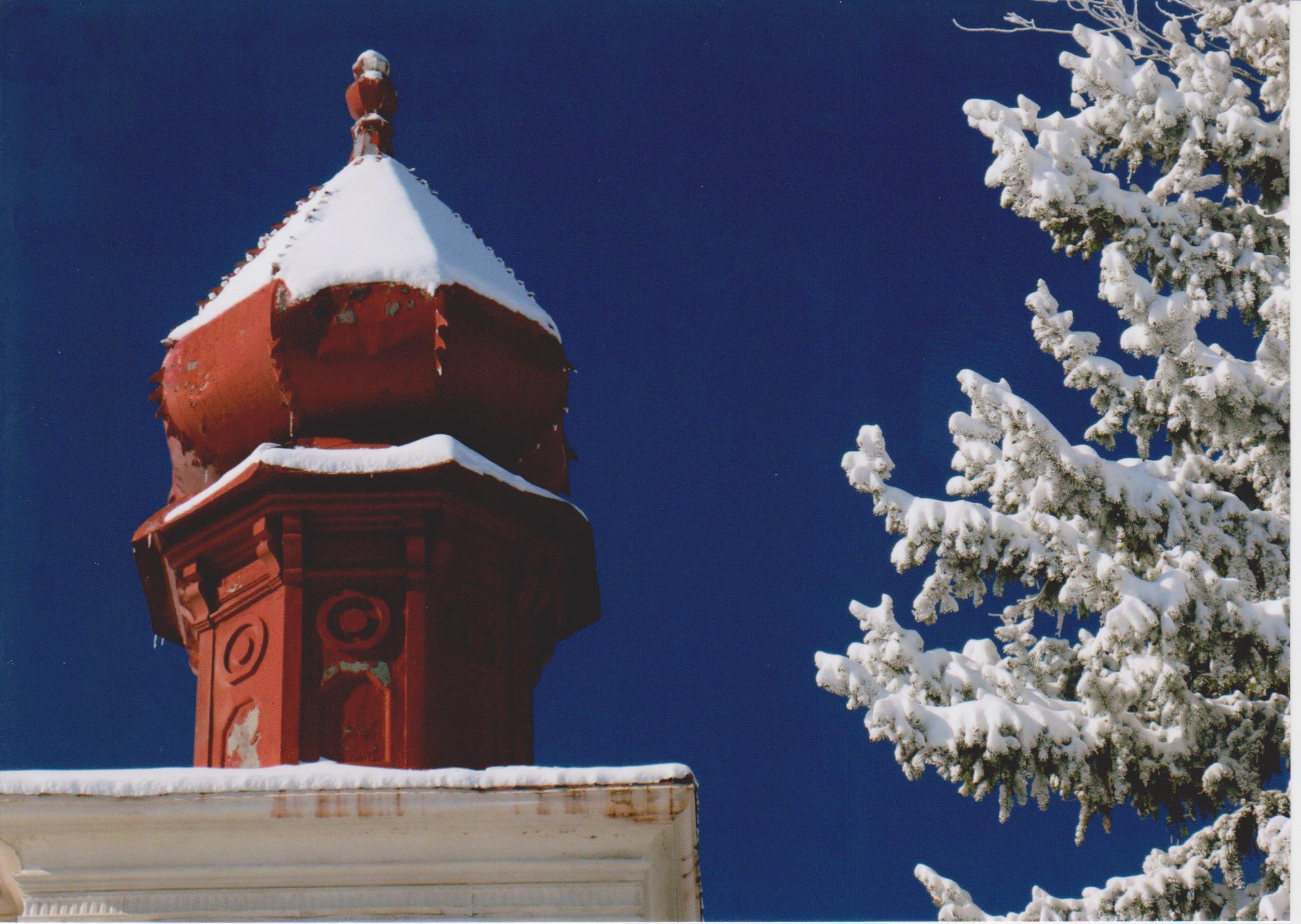 Explore the Heart of Trinidad

El Corazon de Trinidad (“the heart of Trinidad”) National Historic District covers a particularly well-preserved portion of downtown Trinidad that includes many blocks of adobe and brick buildings from the late nineteenth and early twentieth centuries. Established in 1861 along the Santa Fe Trail, Trinidad flourished from the late 1870s to the 1910s as the capital of southern Colorado’s coal-producing region.  Mine closures and economic decline in the twentieth century ended up saving many of the city’s historic buildings, which have been the target of preservation efforts ever since.

“There is much charm to be found along Trinidad’s gently winding and rolling streets,” said Mr. Willard Louden, who researched Trinidad’s historic buildings for a Model Cities project in 1972. “A great many fine, old homes dating from the Victorian era and Trinidad’s heyday are scattered throughout the town.”

The mindset of many city leaders over the years agrees with those who prefer to maintain and/or restore the existing historic structures rather than destroy and make way for parking lots or buildings of less beauty and integrity. It is with great thanks and appreciation that this has been the case, that Trinidad has retained and enhanced its uniqueness and aesthetic value for the citizens of this town and all the multitudes who visit and cherish these fine qualities of its architecture! 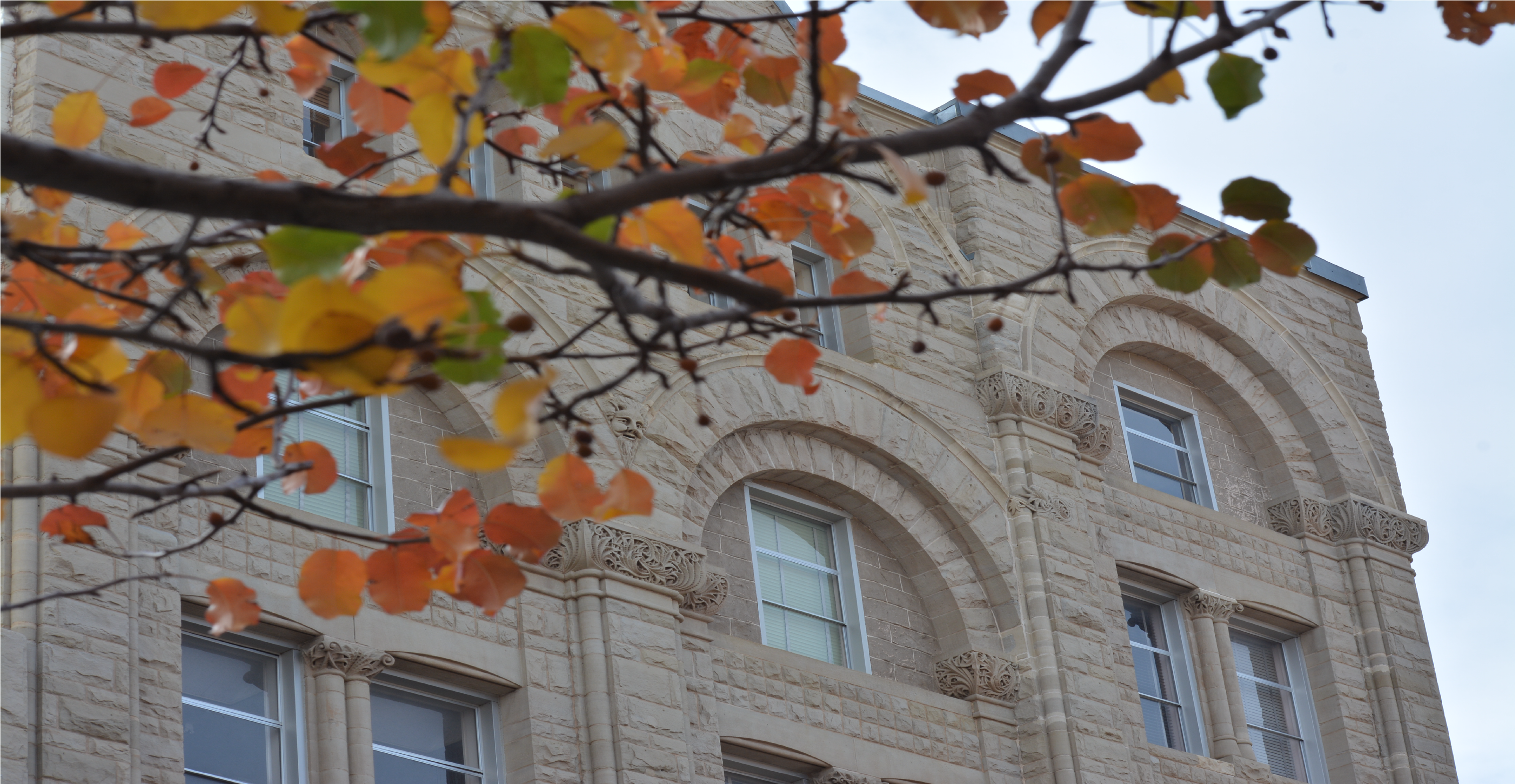 The tallest edifice in the downtown area, shows an attractive placement of Roman arches of different sizes on the front of this Victorian Romanesque stone building. A balustrade was placed on the roof, no doubt intended to balance the gable on the left.  There is an intricate design in the peak of the gable that is repeated at the base of the arches.   (Est. 1882)

A stone building of combined Georgian and Romanesque styles replaced the original adobe church in 1885 when Holy Trinity Catholic Church was dedicated. According to church records, Don Felipe Baca owned the land and build the original structure. When Father Charles Pinto was pastor, some land donated to the church by Baca (the site occupied by the Schneider Brewing Co.) was sold and other money raising efforts, spanning a period of two years, were required before there was sufficient funds to build the existing church.  The blessing and dedication of the church was attended by over 2000 persons.  (Est. 1885) 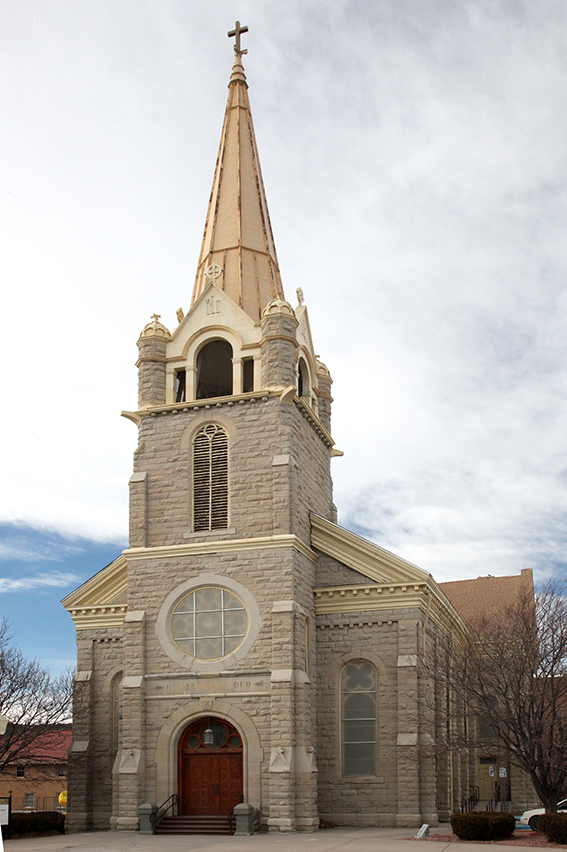 Frank Bloom, the original owner of the lot, built the Bloom House in 1882 for the family’s residence.  During the late 1930’s and part of the 1940’s the home was a rooming house operated by Mrs. Kitty Hemelspach.  The Bloom’s towering mansion, patterned after a Midwestern Victorian house they had admired, was built of brick with native Trinidad sandstone used for the trimming.  The exterior of the building was influenced by French architecture, then rare in the frontier West of the 1880’s. This is particulartly exemplified in the metal-covered mansard roof. The cornices and rosettes are made of plaster, and the ornamental wood-work marks the porch on three sides of the house.  Recognized for the excellence of the Victorian workmanship and style, the mansion now belongs to the State Historical Society of Colorado and is open as a museum. (Est. 1882)

With a flourish of Victorian eclecticism, the architect designed towers from the late Italian Renaissance period, place a French Renaissance balustrade atop the Hall and fronted the building with Greek Ionic Renaissance bases. The total effect gives a strong Romanesque feeling. Interesting faces carved into the stone are focal points of the quirkiness of the architect.  (Est. 1909)

Originally known as the West Theater, for its owner Trinidad businessman Ed West this theater was designed by local Trinidad architects I.H. & W.M. Rapp, along with a member of the firm, A.C. Hendrickson, and construction began on February 17, 1907. The theatre opened on March 16, 1908, with the stage play “The Bondman”. For many years the theatre was the venue for stage performances, vaudeville, opera and silent movies. A ballroom was located in the basement which had its formal opening on May 20, 1908, and the first silent movie, a Cameraphone affair, was shown on November 3, 1908. Listed on the National Register of Historic Places, it was acquired by the City of Trinidad who is working with nationally renowned preservationist, Dana Crawford, chairman of Urban Neighborhoods Inc. to renovate the building for use as a venue that can be used for live music, dance performances, and theatre.